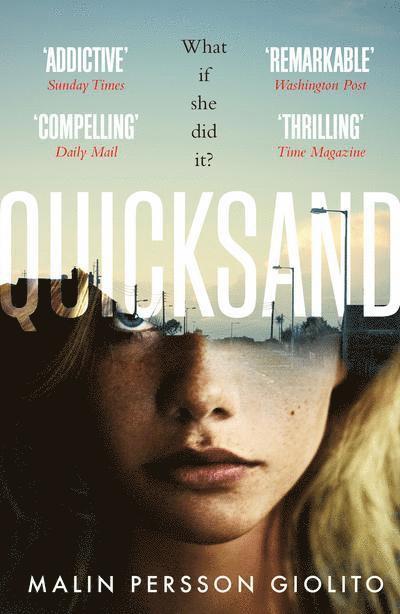 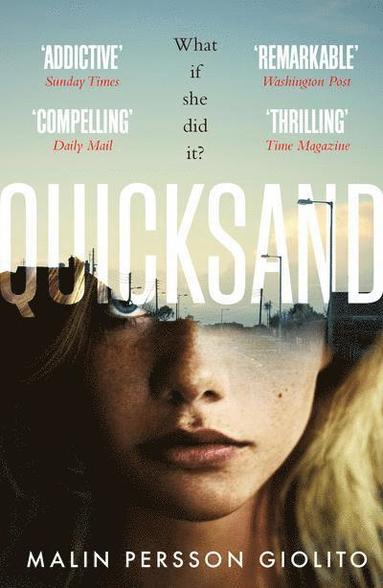 **NOW A MAJOR NETFLIX SERIES** We Need to Talk About Kevin meets The Secret History. The air is hazy and grey with gunpowder smoke. Everyone has been shot but me. I haven't got so much as a bruise.... Is Maja a normal eighteen-year-old, the poster girl-next-door, popular and excelling at her schoolwork, caught in the middle of a terrible tragedy? Or is she guilty of the tragedy itself? Either way, everyone knows her name. She has spent nine excruciating months in jail, awaiting trial for a mass murder that killed her boyfriend and her best friend, and now the time has come for her to enter the courtroom... WHAT WILL YOU BELIEVE? This is the 'compelling and brutally candid' (Daily Mail) story of a girl whose guilt was decided long before her trial - as searing as it is timely and moving. ***What people are saying about QUICKSAND*** Sensitive, moving and absorbing' Marcel Berlins, The Times 'This is the evolution of Scandinavian crime, in more ways than one' Fredrik Backman 'Compelling and brutally candid, especially about modern adolescence, this is not a comfortable book, but the story is so superbly told that it lingers in the mind long after the jury's verdict' Daily Mail 'A suspenseful and addictive experience... [Giolito] expertly delves into the fickle psyche of the media and how they can change a story's narrative with one headline and she shames the press's tendency to report wild conjecture over facts... Though Giolito's perspective is Swedish, it absolutely translates to a greater global crisis' Real Crime 'Giolito gives us the unsettling monologue of a teenage girl as she works her way through her role in murder. It is a splendid work of fiction' Kirkus Reviews 'Gioloto's novel is haunting and immersive' Publishers Weekly 'Mystery and intrigue in its purest form. Great book, recommended to all' Marg J., bookseller 'A fascinating, often uncomfortable, but thoroughly engrossing read' Sarah B. 'Sweden's latest blockbuster thriller lives up to the hype' Washington Post 'Maja [is] a heroine you will not forget, victim of a toxic love story with a background so familiar to us nowadays... a super thriller - a real page-turner' Mariagrazia M. 'I have never read a book by a Swedish author so when Quicksand became available I decided that it was the perfect opportunity to try. I certainly wasn't disappointed' Diane Hogg, NetGalley Reviewer 5*
Läsglädje för alla, varje dag