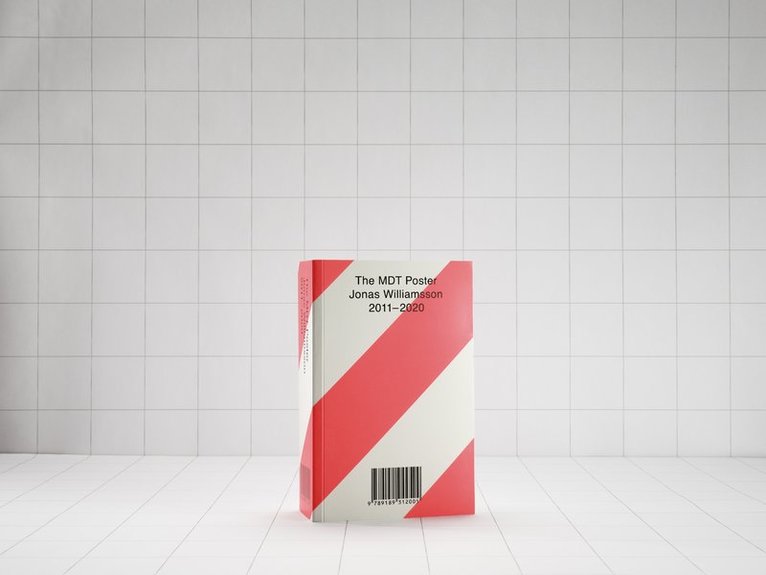 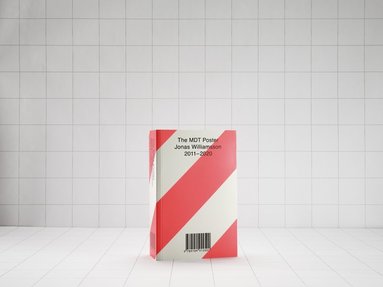 This book contains a selection of about 700 poster variations made for MDT, Moderna Dansteatern (the Modern Dance Theatre), during a period of ten years. Situated in central Stockholm on the Skeppsholmen island, MDT presents and co-produces dance, choreography and performance, festivals, talks and seminars. The work was commissioned by Danjel Andersson (director 2010-2019) as part of an overall system for the graphic design and communications.

The world around the posters has changed since the first one was made, while the poster remained the same for almost a decade. Regardless of everything in motion, the image of MDT became an unaffected fixture. A benefit of leaving things unchanged is that it can function as an anchor in time, perhaps establishing a position where even a subtle difference is made visible?

This is the first release of the publishing project Grafisk Fyrkant [Graphic Square], an imprint of Null & Void Books, inspired by the Danish association and publisher Grafisk Cirkel [Graphic Circle] (1936 -1979) whose books were often printed in small formats and limited editions by and for graphic designers. Similarly, Grafisk Fyrkant is interested in how ideas are transformed via printed matter.

Jonas Williamsson (Umeå, 1973) grew up in a prospering counterculture environment in the peripheral north. In 1999 he graduated from Konstfack and same year co-founded the graphic design studio Reala with classmate Samuel Nyholm and Swiss colleague Laurent Benner. They worked together on commissions until 2007, developing their signature pong-pong aesthetics, while teaching and exhibiting in Sweden and abroad. Since 2008 he is running his own practice focusing on graphic design for artists and institutions. He designed the graphic identities for After Shopping, with Reala (2001); Konst2, with Reala and Andreas och Fredrika (2004); Tensta Konsthall, with Reala and Karl Holmqvist (2004); Iaspis Forum for Design and Critical Practice, with Martin Frostner (2009); MDT (2011); the Royal Institute of Art in Stockholm, with Rikard Heberling (2020). The MDT project has been acknowledged twice in the Association of Swedish Illustrators and Graphic Designers" Kolla! award (2012 / 2020). Williamsson"s book work has been awarded with Swedish Book Art awards, Kolla!, and the Best Books of the Year by the Danish Association of Book Crafts.
Läsglädje för alla, varje dag