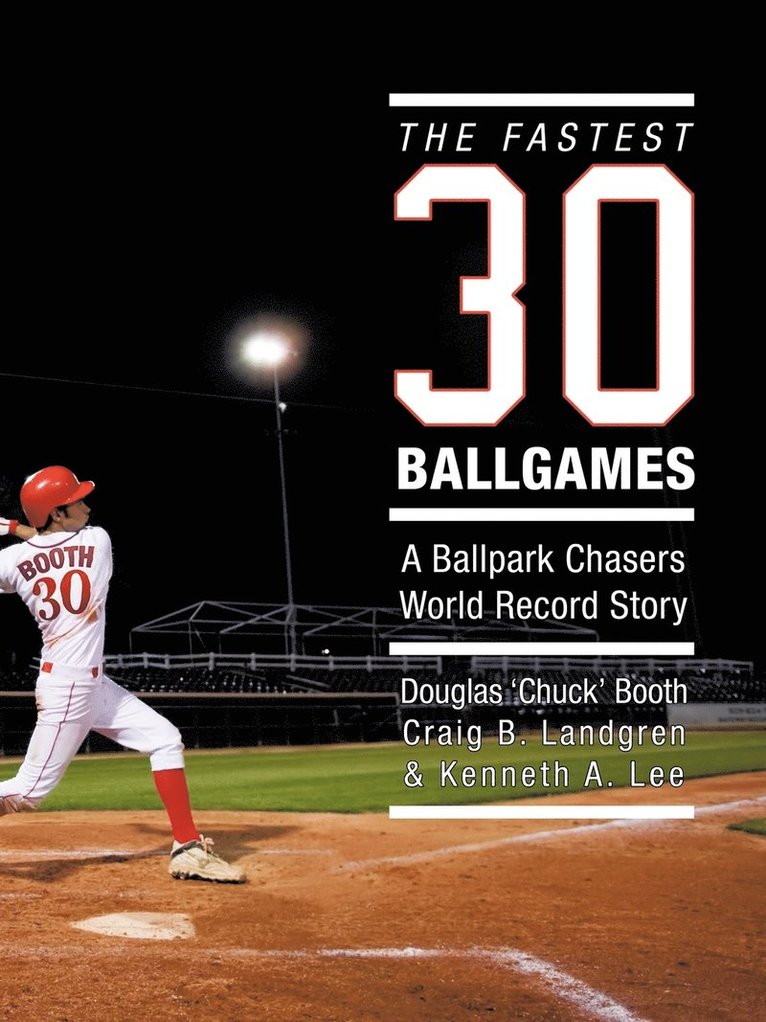 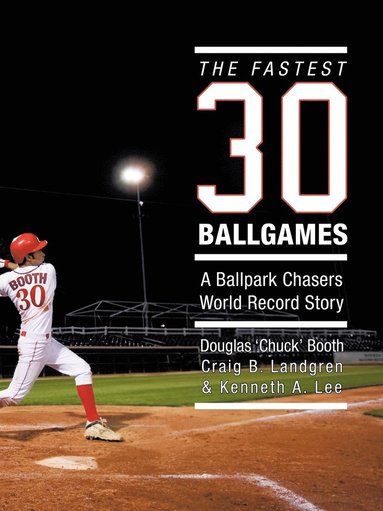 "THE FASTEST 30 BALLGAMES" is a World Record journey of dedicated 'Ballpark Chaser', Chuck Booth. In the summer of 2009, Booth accomplished this amazing feat of attending a full baseball game at every Major League Baseball home team's ballpark in only 24 calendar days. Booth managed this after falling just short of the record in 2008. The book chronicles the story of Booth as he rearranged his life to attempt the World Record after hearing the inspirational story of Jim Maclaren who faced two near death experiences--and how Jim overcame being a quadriplegic to become one of the most respected motivational speakers in America. The story features write-ups of all ballparks Booth visited during the streak with a look at traditions and physical appearance. It also reveals how after he became a member of Ballpark Chasers, he decided to include Chaser Guides that offer suggestions on how to travel, where to eat and sleep, the best parking, transportation to and from the ballpark, where to score the best seats and so much more. This knowledge is passed on to the reader in hopes of saving them time, money and stress when Ballpark Chasing around the country. Co-authors are fellow Ballpark Chasers: Craig B. Landgren and Ken Lee. Craig assisted with the Ballpark Chaser Guides while Ken charted Booth's record attempt in 2009. Throughout the book look for other featured 'Ballpark Chasers' personal ballpark stories and memories that have forever changed their lives.