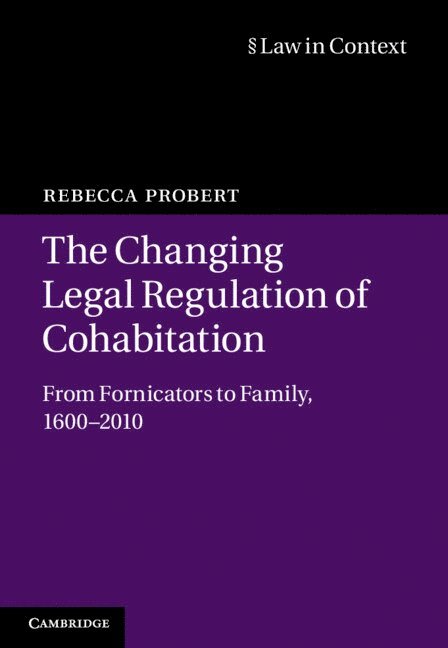 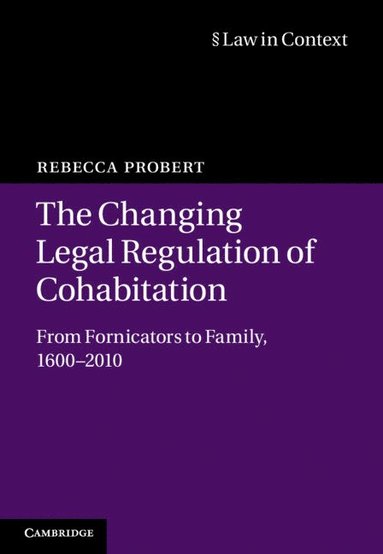 The Changing Legal Regulation of Cohabitation

This book has three key aims: first, to show how the legal treatment of cohabiting couples has changed over the past four centuries, from punishment as fornicators in the seventeenth century to eventual acceptance as family in the late twentieth; second, to chart how the language used to refer to cohabitation has changed over time and how different terms influenced policy debates and public perceptions; and, third, to estimate the extent of cohabitation in earlier centuries. To achieve this it draws on hundreds of reported and unreported cases as well as legislation, policy papers and debates in Parliament; thousands of newspaper reports and magazine articles; and innovative cohort studies that provide new and more reliable evidence as to the incidence (or rather the rarity) of cohabitation in eighteenth- and nineteenth-century England. It concludes with a consideration of the relationship between legal regulation and social trends.
Läsglädje för alla, varje dag