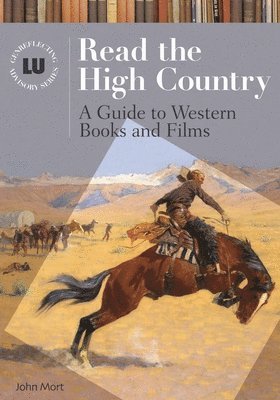 Assist readers in their book selections with this guide, which covers titles spanning the entire spectrum of the Western genre-from such classics as those written by Zane Grey, Louis L'Amour, and Max Brand to traditional novels by Elmer Kelton and contemporary novels of the West by Annie Proulx, Louise Erdrich, and Larry McMurtry. Mort describes and maps approximately 2000 titles, grouping them by subgenre and theme, and describing their features and plots. Also included are chapters on the history of the genre, six great authors of the genre, a Western timeline, information on resources and awards, and detailed indexes. Often overlooked or written off as a dying genre, the Western, in fact, holds great appeal for many readers today. While traditional Westerns have managed to retain a loyal cadre of fans, new followers have been drawn in by recent iterations of and new directions in the genre written by such authors as Larry McMurtry, Annie Proulx, Louise Erdrich, and Tabor Evans; as well as contemporary authors writing in the traditional vein, such as Elmer Kelton. Westerns are also thriving within the flourishing Christian fiction genre. This guide, intended to help you assist readers in their book (and film) selections, covers the entire spectrum of the Western, describing and mapping the genre-from classics that are still enjoyed by dedicated readers to more contemporary and literary novels of the West that feature the alluring themes of freedom, individualism, and moral regeneration set against the magnificent backdrop of the Western landscape. By grouping titles by subgenre and theme, and describing their features and plots, the book guides users to similar titles and read-alikes. Young adult and adult. Grades 10 and up. Mort takes a broad historical perspective, covering the Western from its origins in the 19th century to today. Selections represent the best and most popular titles as well as those commonly available in libraries. Chapters focus on past giants of the genre (Zane Grey, Louis L'Amour, Max Brand) as well as on current subgenres and themes such as Christian Westerns, Sagas, Western Romance, Western Mysteries, Young Adult Westerns, Native Americans, and Mountain Men. Western films, so integral to the evolution of the genre, are annotated in a separate chapter. Approximately 2,000 titles are covered, about 250 of them films. Coverage of books is broad and thorough; coverage of films is selective. In addition, there are a brief history of the genre, a Western timeline, information on resources and awards, and author/title, subject and geographic indexes. This is the definitive resource on the Western genre, and an essential readers' advisory and reference tool.
Läsglädje för alla, varje dag