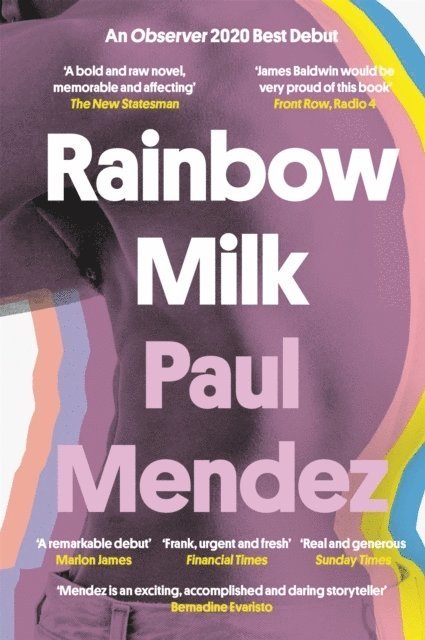 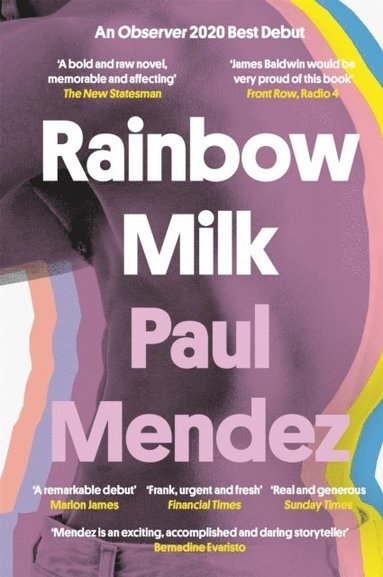 AN OBSERVER TOP TEN DEBUT 2020, SHORTLISTED FOR THE GORDON BURN PRIZE, JHALAK PRIZE, POLARI PRIZE, AND THE FICTION DEBUT CATEGORY OF THE BRITISH BOOK AWARDS Rainbow Milk is an intersectional coming-of-age story, following nineteen-year-old Jesse McCarthy as he grapples with his racial and sexual identities against the backdrop of a Jehovah's Witness upbringing and the legacies of the Windrush generation. In the Black Country in the 1950s, ex-boxer Norman Alonso is a determined and humble Jamaican who has moved to Britain with his wife to secure a brighter future for themselves and their children. Blighted with unexpected illness and racism, Norman and his family are resilient in the face of such hostilities, but are all too aware that they will need more than just hope to survive. At the turn of the millennium, Jesse seeks a fresh start in London - escaping from a broken immediate family, a repressive religious community and the desolate, disempowered Black Country - but finds himself at a loss for a new centre of gravity, and turns to sex work to create new notions of love, fatherhood and spirituality. Rainbow Milk is a bold exploration of race, class, sexuality, freedom and religion across generations, time and cultures. Paul Mendez is a fervent new writer with an original and urgent voice. 'Sensuous and thrillingly well written', Observer 'When did you last read a novel about a young, black, gay, Jehovah Witness man from Wolverhampton who flees his community to make his way in London as a prostitute? This might be a debut, but Mendez is an exciting, accomplished and daring storyteller with a great ear for dialogue. Graphic Erotica Alert! Don't read this book if you like your fiction cosy and middle-of-the-road' Bernardine Evaristo, winner of the 2019 Booker Prize for Girl, Woman, Other 'The kind of novel you never knew you were waiting for. An explosive work that reels from sex, to sin, to salvation all the while grappling with what it means to black, gay, British, a son, a father, a lover, even a man. A remarkable debut' Marlon James, Booker Prize winning author of Black Leopard, Red Wolf 'This debut cements Mendez as a stunning new voice in fiction' Cosmopolitan
Läsglädje för alla, varje dag