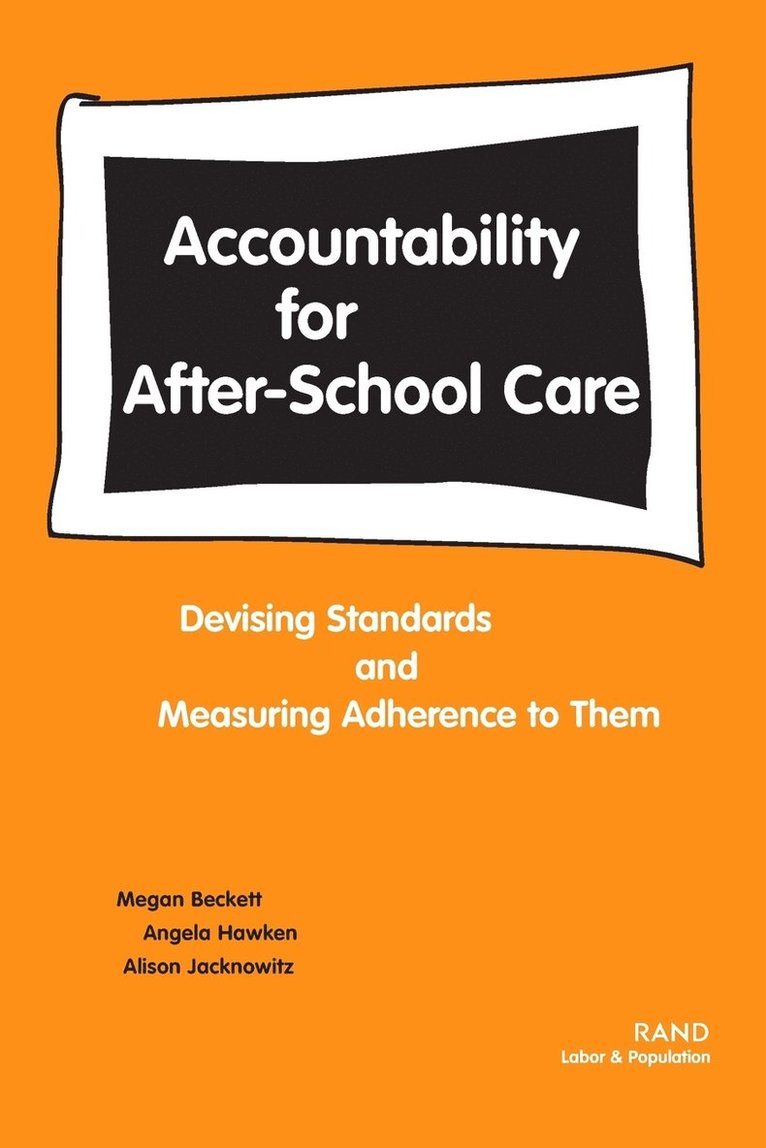 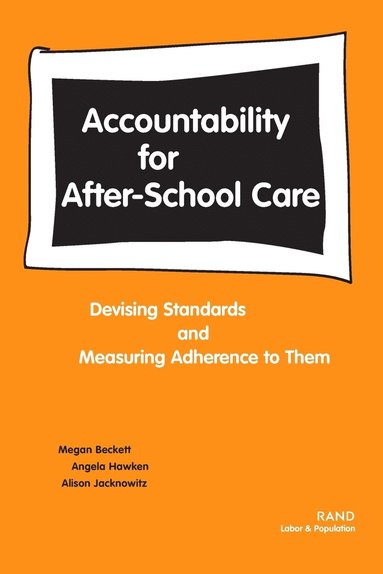 A thorough evaluation of the efficacy of an after-school child care program in providing quality care. In recent years, a host of long-term trends - including an increase in the number of working parents, a rise in violent incidents involving children, and a move toward academic accountability - have led the American public to pay increasing heed to how and where their children spend their time after school. In response to these growing concerns, the past decade has seen a steady increase in the number of programs devoted to after-school care. Yet this proliferation of after-school programs has brought with it a concomitant need for sound program evaluation. Accordingly, this report summarizes RAND's effort to gauge the effectiveness of Stone Soup Child Care Programs, a nonprofit organization that administers school-based after-school care to children throughout California. In pursuit of its goal, RAND undertook three tasks: a thorough review of the literature, carried out to identify relevant "best practices"; the development and implementation of a data collection tool designed to measure Stone Soup's adherence to such practices; and a thoroughgoing analysis of the data compiled. After collecting extensive data from Stone Soup's central office and site supervisors, RAND concluded that, on average, Stone Soup does a competent job of adhering to good practices. At the same time, however, RAND's synthesis of the literature revealed a paucity of reliable studies on what practices constitute the provision of quality care. More research must therefore be conducted to better identify sound management practices in the critical arena of after-school care. The tool is included in the report to be useful for practitioners or funding organizations interested in evaluating how well after-school care programs are adhering to currently recognized practices. (AF)
Läsglädje för alla, varje dag