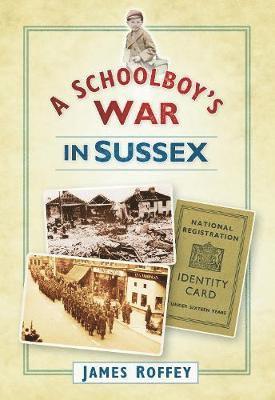 A Schoolboy's War in Sussex

Although only children at the time, the Second World War had a permanent effect on the schoolboys who lived through the conflict. Watching a country preparing for war and then being immersed in the horrors of the Blitz brought encounters and events that some will never forget. Now in their seventies and eighties, many are revisiting their memories of this period of upheaval and strife for the first time. As he fully immersed himself in rural life in the little village of Pulborough, the author witnessed some extraordinary events, from finding an injured German airman in the woods, to watching Bailey bridges being erected in the fortified village and observing the Battle of Britain raging overhead. After four years of highs and lows, evacuation had a lasting effect, and although he could not wait to return to London, the author moved back to Sussex as soon as he was old enough. Due to it proximity to the south coast, West Sussex was a dangerous place in the wartime years, and this poignant book documents events indelibly inscribed on a generation's minds.
Läsglädje för alla, varje dag