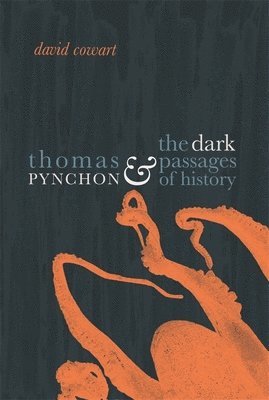 Thomas Pynchon and the Dark Passages of History

Thomas Pynchon helped pioneer the postmodern aesthetic. His formidable body of work challenges readers to think and perceive in ways that anticipate--with humor, insight, and cogency--much that has emerged in the field of literary theory over the past few decades. For David Cowart, Pynchon's most profound teachings are about history--history as myth, as rhetorical construct, as false consciousness, as prologue, as mirror, and as seedbed of national and literary identities. In one encyclopedic novel after another, Pynchon has reconceptualized historical periods that he sees as culturally definitive. Examining Pynchon's entire body of work, Cowart offers an engaging, metahistorical reading of V.; an exhaustive analysis of the influence of German culture in Pynchon's early work, with particular emphasis on Gravity's Rainbow; and a critical spectroscopy of those dark stars, Mason & Dixon and Against the Day. He defends the California fictions The Crying of Lot 49, Vineland, and Inherent Vice as roman fleuve chronicling the decade in which the American tapestry began to unravel. Cowart ends his study by considering Pynchon's place in literary history. Cowart argues that Pynchon has always understood the facticity of historical narrative and the historicity of storytelling--not to mention the relations of both story and history to myth. Thomas Pynchon and the Dark Passages of History offers a deft analysis of the problems of history as engaged by our greatest living novelist and argues for the continuity of Pynchon's historical vision.
Läsglädje för alla, varje dag