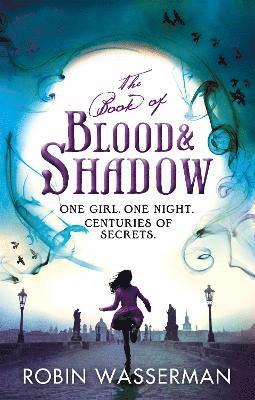 The Book of Blood and Shadow

It was like a nightmare, but there was no waking up. When the night began, Nora had two best friends and a boyfriend she adored. When it ended, she had nothing but blood on her hands. Chris was dead. Adriane couldn't speak. And Max, Nora's sweet, smart, soft-spoken Prince Charming, was gone. He was also-according to the police, according to her parents, according to everyone-a murderer. Desperate to prove his innocence, Nora's determined to follow the trail of blood, no matter where it leads. But Chris's murder is just one piece in a puzzle that spans continents and centuries. Solving it may be the only way she can save her own life.
Läsglädje för alla, varje dag