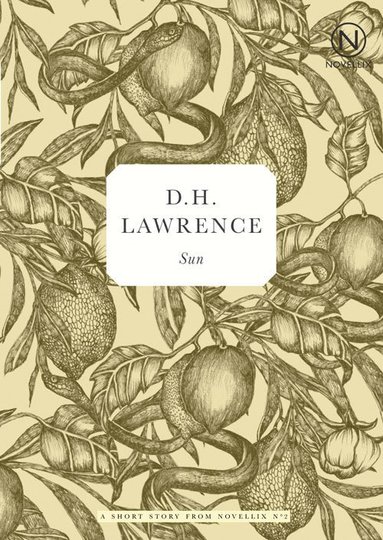 "And she would rub a little olive oil into her skin, and wander a moment in the dark underworld of the lemons, balancing a lemon-flower in her navel, laughing to herself. There was just a chance some peasant might see her. But if he did, he would be more afraid  of her than she of him. She knew of the white core of fear in the clothed bodies of men."

An earlier edition of Sun was first published in 1926 by New Coterie. However, the version that appears in this edition was published two years later by Black Sun Press and includes material that was expurgated from the previous edition and was considered by Lawrence to be the definitive version of the story.
Läsglädje för alla, varje dag