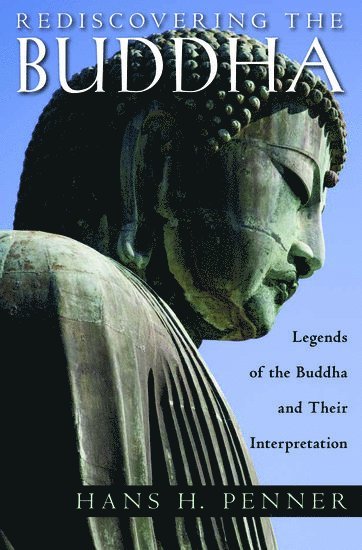 Rediscovering the Buddha: Legends of the Buddha and Their Interpretation

Hans Penner takes a new look at the classic stories of the life of the Buddha. In the first part of the book, he presents a full account of these stories, drawn from various texts of Theravada Buddhism, the Buddhism of South and Southeast Asia. Penner allots one chapter to each of the major milestones in Buddha's life, with titles such as: Birth and Early Life, Flight from the Palace, Enlightenment and Liberation, Last Watch and Funeral. In the process, he brings to the fore dimensions of the myth that have been largely ignored by western scholarship. In Part II, Penner offers his own original interpretations of the legends. He takes issue with Max Weber's assertion that "Buddhism is an other-worldly ascetic religion," a point of view that remains dominant in the received tradition and in most contemporary studies of Buddhism. His central thesis is that the "householder" is a necessary element in Buddhism and that the giving of gifts, which creates merit and presupposes the doctrine of karma, mediates the relation between the householder and the monk. Penner argues that the omission of the householder - in his view one-half of what constitutes Buddhism as a religion - is fatal for any understanding of Buddha's life or of the Buddhist tradition. This boldly revisionist and deeply learned work will be of interest to a wide range of scholarly and lay readers.
Läsglädje för alla, varje dag