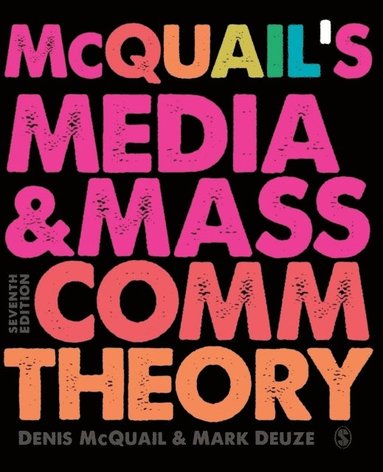 Now in its seventh edition, this landmark text continues to define the field of media and mass communication research, offering a uniquely detailed, broad, and balanced guide. It maintains the narrative into the world of pervasive, ubiquitous, mobile, social and always-online media that we live in today. New to this edition:* Examples are now integrated within each chapter around politics and the public sphere, as popular culture and politics become more regularly intertwined.

* An increased focus on conceptualizing 'mass' media and communication and media theory in an age of big data, such as algorithmic culture, AI, platform economies, streaming, and mass self-communication. * Further discussion of what we want and expect of media and society in all chapters. * New and revised material, including a new chapter "A Canon of Media Effects", bringing together Social-Cultural Effects & News, Public Opinion and Political Communication, helping the reader to rethink and reframe the whole idea of media effects and influence.

A vitally important for all students of Media and Mass Communication in the 21st century.