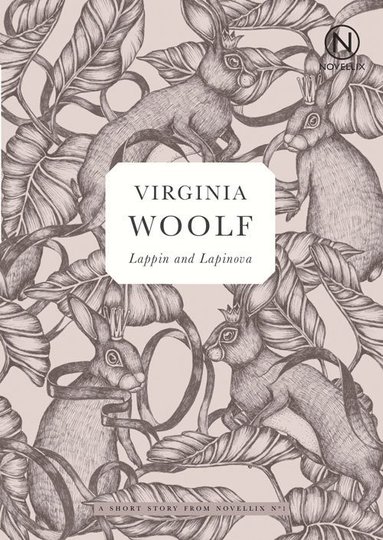 "And before they went to bed that night it was all settled. He was King Lappin; she was Queen Lapinova. They were the opposite of each other; he was bold and determined; she wary and undependable. He ruled over the busy world of rabbits; her world was a desolate, mysterious place, which she ranged mostly by moonlight. All the same, their territories touched; they were King and Queen."

Virginia Woolf (1882-1941) is considered one of the 20th century's foremost British authors and was a leading figure in the modernist movement. Her influence on English literature is still apparent seventy-five years after her death. Woolf's writing spans novels, short stories and essays and she is most renowned for works such as Mrs Dalloway (1925), To the Lighthouse (1927) and Orlando (1928), not to mention her revolutionary feminist essay A Room of One's Own (1929).

Lappin and Lapinova was originally published in Harper's Bazaar in 1938. It was subsequently included in the collection A Haunted House and Other Stories which was published in 1944; three years after Woolf's death.
Läsglädje för alla, varje dag