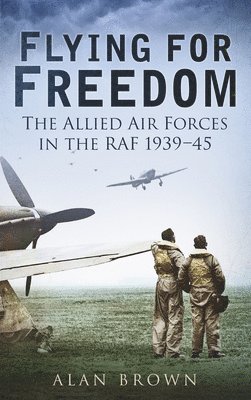 After the Dunkirk debacle in May 1940, Britain's primary weapon of defence was her air force. The exploits of the RAF's bomber crews and fighter pilots featured almost nightly on the radio and in the cinema newsreels; the men themselves were the objects of great admiration and respect. Yet, how many of these brave airmen were not British nationals? During the Second World War, exiled airmen from six occupied countries in Europe flew from British soil, fighting in or alongside the squadrons of the RAF; each had a burning desire to strike back at the cruel regime that had so ruthlessly crushed his homeland. At the political level, the exiled governments were keen for their country's active service arms to remain independent, but the RAF had different ideas. Many influential sections of the Air Ministry avoided making firm commitments to their allies and considered these new reinforcements to have been thrust upon them. This book explores these courageous and often undervalued men, who were caught up in a web of political argument.
Läsglädje för alla, varje dag