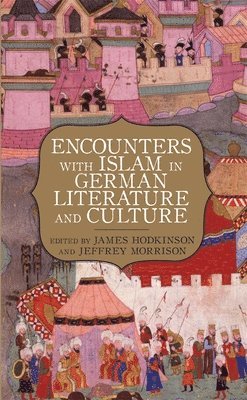 Encounters with Islam in German Literature and Culture: 53

Islam has been a rich topic in German-language literature since the middle ages, and the writings about it not only reveal much about Islamic culture but also about the European "home" culture. Many of the early essays in this chronologically arranged volume uncover fresh evidence of how German writers used images of Islam-as-other to define their individual subject positions as well as to define the German nation and the Christian religion. The perspectives of many contemporary writers are, however, far removed from such a polar opposition of cultures. Their experience of the German-Islamic encounter is complicated by a crucial factor: many of them emerge from Muslim migrant communities such as the German-Turkish community. The culturally hybrid origins of these writers and their expression of experiences and ideologies that cross boundaries of East and West, Christendom and Islam, strongly affect the findings of the essays as the volume moves toward the present. The texts discussed include travelogues and other firsthand encounters with Islam; reports for colonial authorities; aesthetic treatises on Islamic art; literary, essayistic, and theological writing on Islamic religious practice; the incorporation of characters, situations, and settings from the Islamic world into fiction or drama; and fictional and autobiographical writing by Muslims in German. Contributors: Cyril Edwards, Silke Falkner, James Hodkinson, Timothy R. Jackson, Margaret Littler, Rachel MagShamrain, Frauke Matthes, Yomb May, Jeffrey Morrison, Kate Roy, Monika Shafi, Edwin Wieringa, W. Daniel Wilson, Karin E. Yesilada. James Hodkinson is Assistant Professor of German at Warwick University; Jeffrey Morrison is Senior Lecturer at the National University of Ireland, Maynooth.
Läsglädje för alla, varje dag