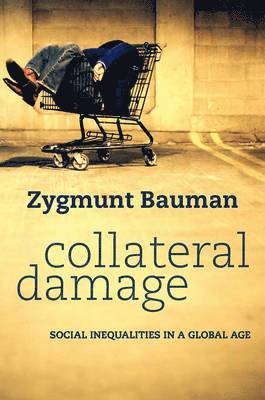 The term collateral damage' has recently been added to the vocabulary of military forces to refer to the unintended consequences of armed interventions, consequences that are unplanned but nevertheless damaging and often very costly in human and personal terms. But collateral damage is not unique to the world of armed intervention - it is also one of the most salient and striking dimensions of contemporary social inequality. The inflammable mixture of growing social inequality and the rising volume of human suffering marginalized as collateral' is becoming one of most cataclysmic problems of our time. For the political class, poverty is commonly seen as a problem of law and order - a matter of how to deal with individuals, such as unemployed youths, who fall foul of the law. But treating poverty as a criminal problem obscures the social roots of inequality, which lie in the combination of a consumerist life philosophy propagated and instilled by a consumer-oriented economy, on the one hand, and the rapid shrinking of life chances available to the poor, on the other. In our contemporary, liquid-modern world, the poor are the collateral damage of a profit-driven, consumer-oriented society - aliens inside' who are deprived of the rights enjoyed by other members of the social order. In this new book Zygmunt Bauman - one of the most original and influential social thinkers of our time - examines the selective affinity between the growth of social inequality and the rise in the volume of collateral damage' and considers its implications and its costs.
Läsglädje för alla, varje dag