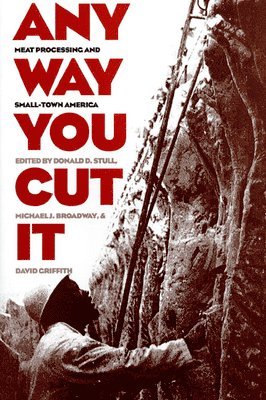 Any Way You Cut it

In pursuit of jobs and economic development, many rural communities have attracted large meat, poultry, and fish processing plants owned by transnational corporations. But what they don't bargain for is the increase in crime, homelessness, school overcrowding, housing shortages, social disorder, cyclical migration, and poverty that inevitably follows. To shed light on the forces that drive the meat industry and the communities where it locates, Donald Stull, Michael Broadway, and David Griffith have brought together the varying perspectives of anthropologists, geographers, sociologists, journalists, and industry specialists. Despite increased automation, these experts show that meat, poultry, and fish processing remain labor intensive create problems for employees, host communities, and government regulatory agencies. Since 1906 when Sinclair Lewis exposed the horrors of Chicago meat-packing in The Jungle, consumers have been wary of the process that-even under the best conditions-is an ugly business. Conversely, meat packers are often defensive and distrustful of outside advice and government intervention, even as they look for ways to cut costs and enhance low profit margins. In an effort to lower costs, meat processors have moved from urban to rural areas, where plants are closer to the supply of raw materials. But rural communities lack a pool of surplus labor and companies end up recruiting immigrants, minorities, and women to work on the plant floors. By examining communities in Kansas, Nebraska, Iowa, Georgia, and North Carolina, the authors evaluate the impact rural plants have on regions with few employment opportunities and the strain their presence places on social services, schools, and law enforcement agencies. They also investigate the underlying causes of high rates of injury and personnel turnover within the industry. Providing an overview of structural and geographical changes occurring in meat processing, the authors explore the factors that sway industry and community decision making and subsequently influence the future of rural America. But more than just an analysis of the current circumstances, Any Way You Cut It proposes alternate routes communities and meat processors can take to reverse deteriorating conditions and avoid potentially explosive predicaments.
Läsglädje för alla, varje dag