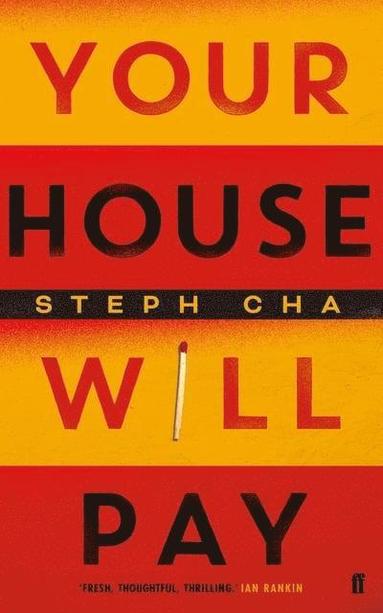 Your House Will Pay

ONE CITY. TWO FAMILIES. MANY SECRETS. In 1991 Shawn, a young African-American teen, his sister Ava, and cousin Ray, set out across LA to a screening of New Jack City. But in the volatile atmosphere of that time, they never make it inside the cinema. Nearly three decades later, police brutality still afflicts the city, but Grace, a Korean-American twenty-something pharmacist living and working with her parents, has her own problems, as she tries to figure out why her older sister, Miriam, still refuses to speak with their mother. Across the county, Shawn is trying to ease Ray, fresh out of prison, back into everyday life, but both men are struggling, still haunted by the events of 1991 and their shared loss. When a shocking new crime strikes the city, the lives of Grace and Shawn - two people from different cultures and generations - collide in a way which could change them forever.
Att läsa är att resa