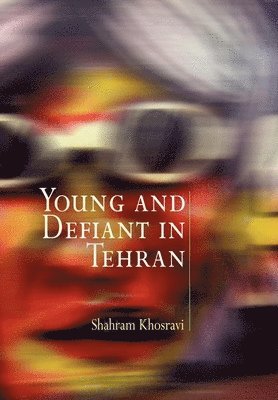 Young and defiant in tehran

With more than half its population under twenty years old, Iran is one of the world's most youthful nations. The Iranian state characterizes its youth population in two ways: as a homogeneous mass, "an army of twenty millions" devoted to the Revolution, and as alienated, inauthentic, Westernized consumers who constitute a threat to the society. Much of the focus of the Islamic regime has been on ways to protect Iranian young people from moral hazards and to prevent them from providing a gateway for cultural invasion from the West. Iranian authorities express their anxieties through campaigns that target the young generation and its lifestyle and have led to the criminalization of many of the behaviors that make up youth culture.
In this ethnography of contemporary youth culture in Iran's capital, Shahram Khosravi examines how young Tehranis struggle for identity in the battle over the right to self-expression. Khosravi looks closely at the strictures confronting Iranian youth and the ways transnational cultural influences penetrate and flourish. Focusing on gathering places such as shopping centers and coffee shops, Khosravi examines the practices of everyday life through which young Tehranis demonstrate defiance against the official culture and parental dominance. In addition to being sites of opposition, Khosravi argues, these alternative spaces serve as creative centers for expression and, above all, imagination. His analysis reveals the transformative power these spaces have and how they enable young Iranians to develop their own culture as well as individual and generational identities. The text is enriched by examples from literature and cinema and by livid reports from the author's fieldwork.