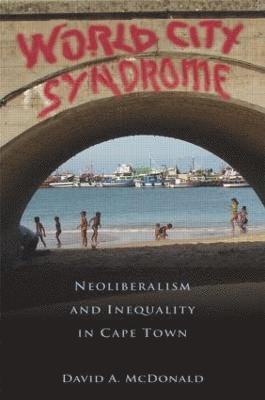 The literature on 'world cities' has had an enormous influence on urban theory and planning alike. From Manila to London, academics and policy makers have attempted to understand, and to some extent strive for, world city status. This book is a study of Cape Town's standing in this network of urban centres, and an investigation of the conceptual appropriateness of this world city hypothesis. Drawing on more than a dozen years of fieldwork in Cape Town, McDonald provides an historical overview of institutional and structural reforms, examining fiscal imbalances, political marginalization, (de)racialization, privatization and other neoliberal changes. By examining and analyzes these reforms and changes, McDonald contributes the first radical critique of the world city literature from a developing country perspective.