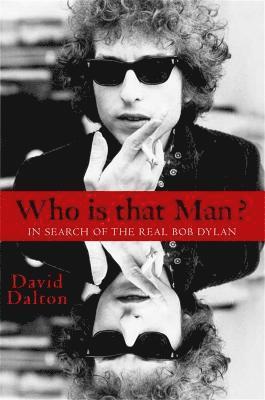 Who Is That Man?

Few American artists are as important, beloved and endlessly examined as Bob Dylan, yet he remains something of an enigma. This kaleidoscopic biography, full of the voices of Dylan's family, friends, and fellow travelers through the 60s, offers an entirely fresh narrative perspective, fusing rock star bio with an examination of the music and the zeitgeist that he so mysteriously captured. For almost half a century, Bob Dylan has been a primary catalyst in rock's shifting sensibilities. He has starred in and been the subject of major films; his work is taught in over 200 college courses; and few American artists are as important, beloved, and endlessly examined as he is. Yet, he remains something of an enigma. Who, we ask, is the "real" Bob Dylan? Is he Bobby Zimmerman yearning to escape Hibbing, Minnesota, or the Woody Guthrie wannabe spending the 1960s playing Greenwich Village haunts? The protest poet, the Factory fixture, or the born-again Christian denying the powers of prophecy everyone attributes to him? The events of his life alone do not tell us all we want to know. Now, David Dalton, author, screenwriter, journalist, and founding editor of Rolling Stone, paints a revealing portrait of the rock icon that will be a must-have for his legions of fans. Guided by Dalton's masterful hand, this book will follow Dylan's imaginative life, integrating actual events from his life, Dylan's words, and those of the people who know him most intimately. Drawing upon extensive interviews with Dylan's friends, family, and fellow eyewitnesses to the zeitgeist-including Joan Baez, Keith Richards, Bobby Neuwirth, Kris Kristofferson, Suze Rotolo, Clive Davis, Tom Petty, and others-this book will provide a new perspective on the man, the myth, and the musical era that forged them both.
Läsglädje för alla, varje dag