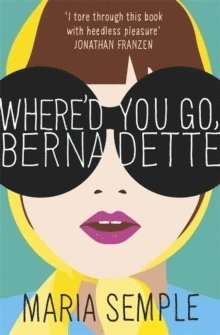 To design experts, she's a revolutionary architect. And to 15-year-old Bee, she is a best friend and, quite simply, mum. Then Bernadette disappears.

And Bee must take a trip to the end of the earth to find her. WHERE'D YOU GO, BERNADETTE is a compulsively readable, irresistibly written, deeply touching novel about misplaced genius and a mother and daughter's place in the world.