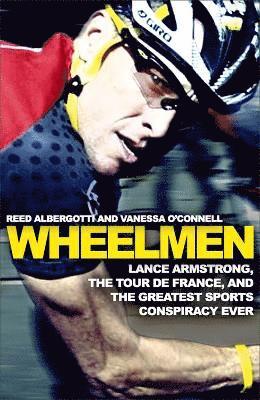 With a new Afterword. Lance Armstrong won a record-smashing seven Tour de France yellow jerseys after staring down cancer, and in the process became an international symbol of resilience and courage. In a sport constantly dogged by blood doping scandals, Armstrong seemed above the fray. Never had cycling - or any sport-boasted such a charismatic and accomplished champion. Then, in the summer of 2012, the legend imploded. The rumors that had long dogged Armstrong began to solidify. Buried evidence surfaced. Hushed-up witnesses came forth. Armstrong's Tour victories were stripped from him. His sponsors abandoned him. In January 2013, Armstrong finally admitted doping during the Tours, and in an interview with Oprah, described his "mythic, perfect story" as "one big lie." But his admission raised more questions than it answered. With over three years of extensive reporting, deep sourcing, and interviews with nearly every key player, including Armstrong, Reed Albergotti and Vanessa O'Connell have established themselves as the undisputed authorities on this story. Wheelmen reveals the broader tale of how Armstrong and his supporters used money, power, and cutting-edge science to conquer the world's most difficult race. It offers a riveting look at what happens when enigmatic genius breaks loose from the strictures of morality. It reveals the competitiveness and ingenuity that sparked blood doping as an accepted practice, and shows how Americans methodically constructed an international operation of spies and breakthrough technology to reach the top. Lance Armstrong survived and thrived against nigh-insurmountable odds and built a team of unprecedented accomplishment. But in the end, his own outsized ambition destroyed it. At last exposing the truth about Armstrong and American cycling, Wheelmen paints a living portrait of what is, without question, the greatest conspiracy in the history of sports.
Läsglädje för alla, varje dag