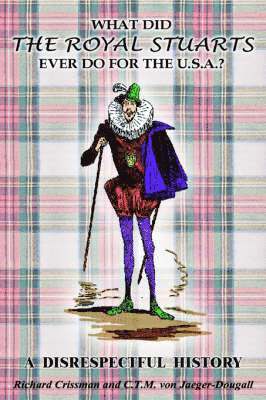 What Did the Royal Stuarts Ever Do for the U.S.A.?

What if the ousted kings of England, the Stuarts, had claimed the North American colonies? We might have been free of the English a century earlier--no revolution needed! What set up this possibility? How did it happen that those foolish, brave, and unlucky Stuarts did everything wrong to ensure that their Scottish subjects migrated to North America as soon as there were any ships going in that direction?

This amusing book is full of lost causes, wrongheaded kings, and sheer incompetence. Prince Charlie wasn't bonny at all, and Mary, Queen of Scots wasn't innocent. Read all about these feckless kings of Scotland and England, and about how they gave so much to the USA.