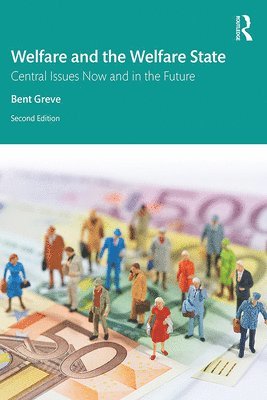 Welfare and the Welfare State

The welfare state is still very much central in people's everyday lives. The welfare state is at the same time contested and debated, and has often been argued to be in a crisis not only in the wake of the financial crisis. Welfare and welfare states used to be a national issue and prerogative. Today welfare and welfare states are influenced by national as well as regional and global decisions. However, nation states play a decisive role influenced by national preferences and ideas, and, in recent years, populism and welfare chauvinism. This book provides an overview of the central concepts through the lenses of the state, market and civil society. It also provides the reader with knowledge on distribution in societies and how this interacts and influences different groups and their position in society. There are also chapters dealing specifically with central sectors in the welfare states such as health, long-term care and education. The book uses a comparative approach as this better enables one to understand one's own country's welfare, as well as helping to underline and see the linkages to the impact of global and regional issues on welfare states and their development. Finally, the book presents challenges and future perspectives for welfare states and their development. The book's focus on core concepts and the variety of international welfare state regimes and mechanisms for delivering social policy provides a much-needed introduction to the rapidly changing concept of welfare for students on social policy, social studies, sociology and politics courses.
Läsglädje för alla, varje dag