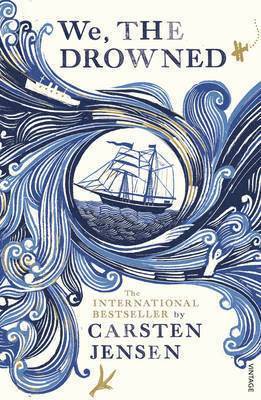 An epic drama of adventure, courage, ruthlessness and passion by one of Scandinavia's most acclaimed storytellers. In 1848 a motley crew of Danish sailors sets sail from the small island town of Marstal to fight the Germans. Not all of them return - and those who do will never be the same. Among them is the daredevil Laurids Madsen, who promptly escapes again into the anonymity of the high seas. As soon as he is old enough, his son Albert sets off in search of his missing father on a voyage that will take him to the furthest reaches of the globe and into the clutches of the most nefarious company. Bearing a mysterious shrunken head, and plagued by premonitions of bloodshed, he returns to a town increasingly run by women - among them a widow intent on liberating all men from the tyranny of the sea. From the barren rocks of Newfoundland to the lush plantations of Samoa, from the roughest bars in Tasmania, to the frozen coasts of northern Russia, We, The Drowned spans four generations, two world wars and a hundred years. Carsten Jensen conjures a wise, humorous, thrilling story of fathers and sons, of the women they love and leave behind, and of the sea's murderous promise. This is a novel destined to take its place among the greatest seafaring literature.
Läsglädje för alla, varje dag