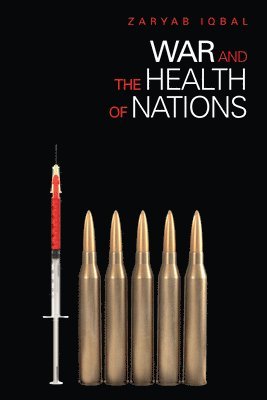 War and the Health of Nations

Assessments of the costs of war generally focus on the financial, political, military, and territorial risks associated with involvement in violent conflict. Often overlooked are the human costs of war, particularly their effects on population well-being. In "War and the Health of Nations," Zaryab Iqbal explores these human costs by offering the first large-scale empirical study of the relationship between armed conflict and population health. Working within the influential "human security" paradigm--which emphasizes the security of populations rather than states as the central object of global security--Iqbal analyzes the direct and indirect mechanisms through which violent conflict degrades population health. In addition to battlefield casualties, these include war's detrimental economic effects, its role in the creation of refugees and forced migration, and the destruction of societies' infrastructure. In doing so, she provides a comprehensive picture of the processes through which war and violent conflict affect public health and the well-being of societies in a cross-national context.
"War and the Health of Nations" provides a conceptual and theoretical framework for understanding the influence of violent interstate and intrastate conflict on the quality of life of populations and empirically analyzes the war-and-health relationship through statistical models using a universal sample of states. The analyses provide strong evidence for the direct as well as the indirect effects of war on public health and offer important insights into key socio-economic determinants of health achievement. The book thus demonstrates the significance of population health as an important consequence of armed conflict and highlights the role of societal vulnerabilities in studies of global security.
Läsglädje för alla, varje dag