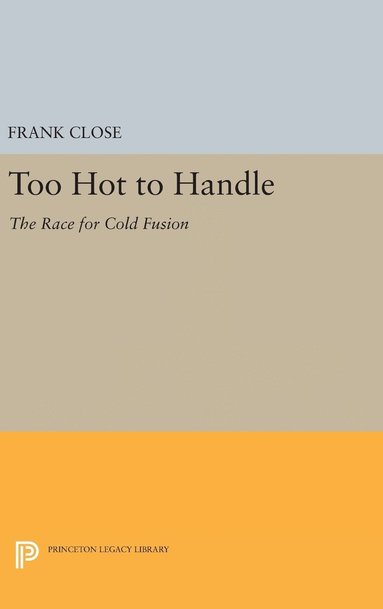 Too Hot to Handle

Frank Close, a leading physicist and talented popular science writer, reveals the true story of the cold fusion controversy--a story ignored until now in spite of the glare of publicity surrounding Martin Fleischmann and Stanley Pons. On March 23, 1989, these two Utah scientists held an astonishing press conference, maintaining that they had succeeded, working in secret, in harnessing atomic fusion. What was the basis for their claims to have achieved cold fusion in a test tube in a basement laboratory, while other scientists--using magnets as big as houses and temperatures hotter than those in the center of the sun--were failing to produce as much power as they were using? Why did Fleischmann and Pons proclaim their "discovery" at a news conference, when first announcements of scientific results are almost always made within the scientific community? Why did the full-blown media event inspired by their initial report cause governments to reorient their research programs in hopes of cornering the "new technology"? And why did some scientists recklessly abandon their traditional painstaking methods in haste to be first to prove or discredit the experiment? Acquainted at first hand with investigations of cold fusion on two continents, Close is uniquely qualified to probe the motivations behind Fleischmann's and Pons's startling assertions and to explore the intellectual and political turmoil that surrounded the cold fusion debate.Originally published in 1991.The Princeton Legacy Library uses the latest print-on-demand technology to again make available previously out-of-print books from the distinguished backlist of Princeton University Press. These editions preserve the original texts of these important books while presenting them in durable paperback and hardcover editions. The goal of the Princeton Legacy Library is to vastly increase access to the rich scholarly heritage found in the thousands of books published by Princeton University Press since its founding in 1905.
Läsglädje för alla, varje dag