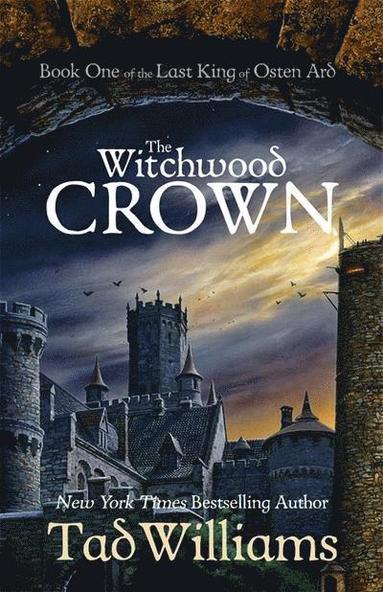 The Witchwood Crown: Book One of The Last King of Osten Ard

Thirty years ago Ineluki, the Storm King, was destroyed and his armies scattered. Osten Ard has been at peace ever since, ruled by Simon Snowlock, kitchen boy made king, and Miriamele, King Elias' only child. But now age weighs upon their reign. Simon's dreams have deserted him, old allies die and betrayal and assassination threaten. His son and heir John Josua is years dead and his grandson, Morgan, is a wastrel. A journey of redemption and discovery beckons in the darkening world.

And in the frozen North, in Nakkiga, the mountain fortress, Ineluki's ally, the Norn Queen, wakes from her deep, decades-long sleep and tells her followers that she will sleep no more. Humanity must be destroyed. Her sorcerers will bring a demon back from death, her warriors will seek the world for living dragon's blood...

And finally the greatest artefact of all, the Witchwood Crown, will be hers.

With a cast of hundreds - humans, giants, dragons, trolls, Sithi and Norn -The Witchwood Crown is epic fantasy as it used to be: classic, grand and sweeping and evidence that Tad Williams is the greatest living writer of the form.