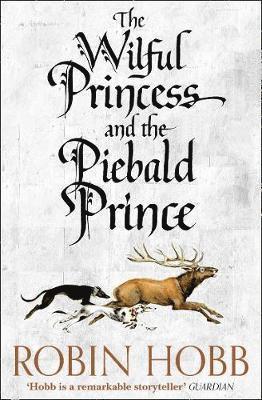 The Wilful Princess and the Piebald Prince

Long before the time of Chivalry Farseer, there was another indiscreet member of the royal line. Princess Caution Farseer, in defiance of her name, was headstrong and willful, destined to fall dangerously in love where she ought not.

The child she bore, a Witted boy known as the Piebald Prince, rose to favour despite his questionable bloodlines. But the dukes of the Six Duchies backed Canny Farseer for the throne. And so both young men competed for power. But this was not their only struggle: for they both fell in love with the same lady. Such rivalry could end only in bloodshed.

A tale of love and secrets, magic and manipulation, heartbreak and murder most foul: only a true-tongued minstrel can reveal the real story of the Wilful Princess and the Piebald Prince.