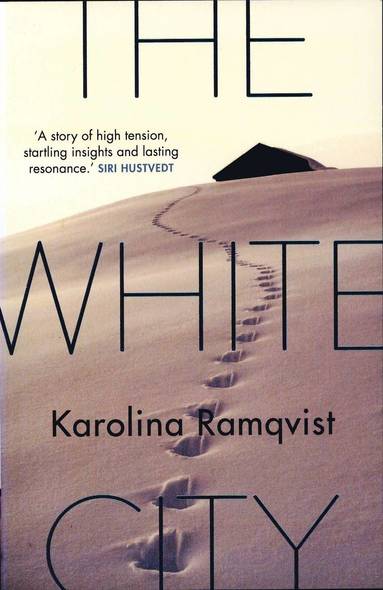 Karin knew what she was getting herself into when she fell for John, the high-flying criminal and love of her life. But she never imagined things would turn out like this: John is now gone and the coke-filled parties, seemingly endless flow of money and high social status she previously enjoyed have been replaced by cut telephone lines, cut heat and cut cash. All that remains of Karin's former life is the big house he bought for her - and his daughter, the child Karin once swore she would never bring into their dangerous world. Now Karin is alone with the baby, and the old promise of 'the family' has proved alarmingly empty. With the authorities zeroing in on organized crime, John's shady legacy is catching up with her, and the house is about to be seized. Over the course of a few nerve-wracking days, Karin is forced to take drastic measures in order to claim what she considers rightfully hers. A slow-burning psychological thriller with a sophisticated, dreamlike atmosphere, The White City is both the portrayal of one woman's struggle to pull herself up from the paralyzing depths of despair, and an unflinching examination of what it means to lose control - over your body, your life and your fate.
Läsglädje för alla, varje dag