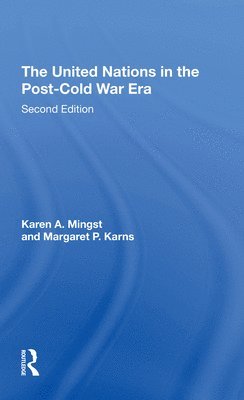 The United Nations In The Postcold War Era, Second Edition

The United Nations faced unprecedented opportunities and heightened expectations when the Cold War ended in 1990. By the time of the UN's fiftieth anniversary in 1995, the mood had shifted. Peacekeepers were bogged down in Bosnia and Somalia. Iraq continued to test the UN's resolve to enforce arms control inspections. In much of the world, the gap between haves and have-nots was increasing. Everyone agreed that UN reform was needed, yet the political will to effect change was absent. With unmet challenges throughout the world, the limits to UN power and effectiveness were being realized. From regional conflicts to areas of environmental degradation and human rights abuses, the UN's success depends more than ever on the way in which three dilemmas are resolved-the tensions between sovereignty and the reality of its erosion, between demands for global governance and the weakness of UN institutions (as well as the reluctance of states to commit), and between the need for leadership and the diffusion of power. In this second edition, the authors have undertaken major revisions along with thorough updating. They explore the three dilemmas in the context of the UN's evolving role in world politics, including its experience in maintaining peace and promoting development, environmental sustainability, and human rights-the focus of an entirely new chapter. They also consider the role of various actors in the UN system, from major powers (especially the United States), small and middle powers, coalitions, and nongovernmental organizations to the secretaries-general. The need for institutional reforms and specific proposals for reform are examined. Because multilateral diplomacy is now the norm rather than the exception in world politics, the UN's effectiveness has been challenged by the new demands of the post-Cold War era. This completely revised and updated text places the UN at the center of a set of core dilemmas in world politics and provides a series of case studies that probe the politics and processes of UN action.
Läsglädje för alla, varje dag