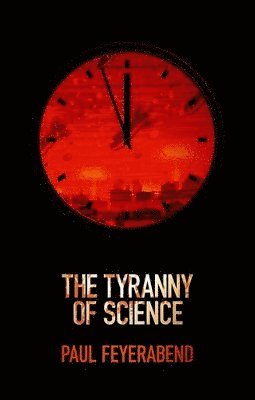 The Tyranny of Science

Paul Feyerabend is one of the greatest philosophers of science of the 20th century and his book Against Method is an international bestseller. In this new book he masterfully weaves together the main elements of his mature philosophy into a gripping tale: the story of the rise of rationalism in Ancient Greece that eventually led to the entrenchment of a mythical scientific worldview . In this wide-ranging and accessible book Feyerabend challenges some modern myths about science, including the myth that science is successful . He argues that some very basic assumptions about science are simply false and that substantial parts of scientific ideology were created on the basis of superficial generalizations that led to absurd misconceptions about the nature of human life. Far from solving the pressing problems of our age, such as war and poverty, scientific theorizing glorifies ephemeral generalities, at the cost of confronting the real particulars that make life meaningful. Objectivity and generality are based on abstraction, and as such, they come at a high price. For abstraction drives a wedge between our thoughts and our experience, resulting in the degeneration of both. Theoreticians, as opposed to practitioners, tend to impose a tyranny on the concepts they use, abstracting away from the subjective experience that makes life meaningful. Feyerabend concludes by arguing that practical experience is a better guide to reality than any theory, by itself, ever could be, and he stresses that there is no tyranny that cannot be resisted, even if it is exerted with the best possible intentions. Provocative and iconoclastic, The Tyranny of Science is one of Feyerabend s last books and one of his best. It will be widely read by everyone interested in the role that science has played, and continues to play, in the shaping of the modern world.
Läsglädje för alla, varje dag