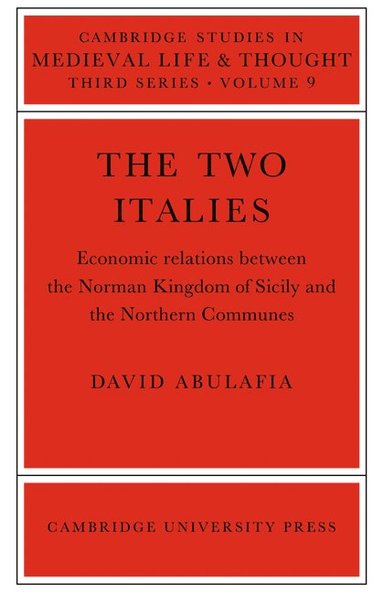 This book is a study of the economic development of different areas of twelfth-century Italy whose commercial interests were closely inter related: the Norman Kingdom of Sicily, famed for the wealth of its rulers, and the maritime ports of Genoa, Pisa and Venice, which were actively extending their trading interests throughout the Mediterranean. On the basis of largely untapped sources in Genoa and other north Italian archives, this book seeks to explain how the north Italian merchants attempted to extend and to protect their interests in the kingdom of Sicily, by agreements with the Norman rulers or with those in Germany and Byzantium who aimed at the conquest of Sicily and southern Italy. Dr Abulafia argues that the kingdom was a major exporter of wheat and raw cotton, and that in the twelfth century the northern merchants gained a substantial hold over these exports. The Norman kings profited greatly from the opportunity to sell the produce of their realm, and in particular of their own estates, to an assured market; the lack of intensive industry in the kingdom left the northerners free to produce textiles out of southern fibres. Thus signs emerge of two Italies, an agrarian and pastoral south, against a north with incipient industrial activity, based partly on the commercial exploitation of the south.
Läsglädje för alla, varje dag