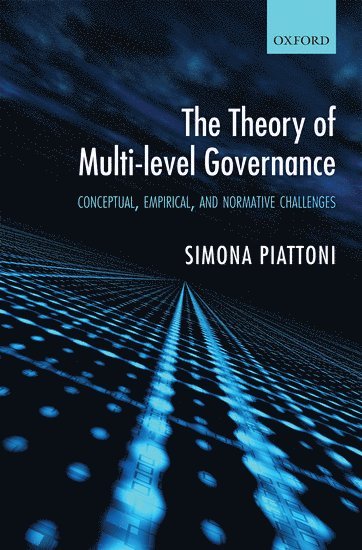 The Theory of Multi-Level Governance: Conceptual, Empirical, and Normative Challenges

This book explores the theoretical issues, empirical evidence, and normative debates elicited by the concept of multi-level governance (MLG). The concept is a useful descriptor of decision-making processes that involve the simultaneous mobilization of public authorities at different jurisdictional levels as well as that of non-governmental organizations and social movements. It has become increasingly relevant with the weakening of territorial state power and effectiveness and the increase in international interdependencies which serve to undermine conventional governmental processes. This book moves towards the construction of a theory of multi-level governance by defining the analytical contours of this concept, identifying the processes that can uniquely be denoted by it, and discussing the normative issues that are raised by its diffusion, particularly in the European Union.
It is divided into three parts, each meeting a specific challenge--theoretical, empirical, normative. It focuses on three analytical dimensions: multi-level governance as political mobilization (politics), as authoritative decision-making (policy), and as state restructuring (polity). Three policy areas are investigated in vindicating the usefulness of MLG as a theoretical and empirical concept--cohesion, environment, higher education--with particular reference to two member-states: the UK and Germany. Finally, both the input and output legitimacy of multi-level governance decisions and arrangements and its contribution to EU democracy are discussed. As a loosely-coupled policy-making arrangement, MLG is sufficiently structured to secure coordination among public and private actors at different jurisdictional levels, yet sufficiently flexible to avoid "joint decision traps." This balance is obtained at the cost of increasingly blurred boundaries between public and private actors and a change in the established hierarchies between territorial jurisdictions.
Läsglädje för alla, varje dag