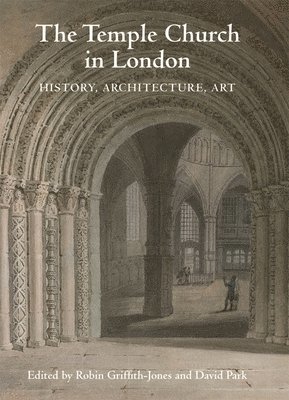 Founded as the main church of the Knights Templar in England, at their New Temple in London, the Temple Church is historically and architecturally one of the most important medieval buildings in England. Its round nave, modelled on the Holy Sepulchre in Jerusalem, is extraordinarily ambitious, combining lavish Romanesque sculpture with some of the earliest Gothic architectural features in any English building of its period. It also holds one of the most famous series of medieval effigies in the country. Major developments in the post-medieval period include the reordering of the church in the 1680s by Sir Christopher Wren, and a substantial restoration programme in the early 1840s. Despite its extraordinary importance, however, it has until now attracted little scholarly or critical attention, a gap that is remedied by this volume. It considers the New Temple as a whole in the Middle Ages, and all aspects of the church itself from its foundation in the twelfth century to its war-time damage in the twentieth. Richly illustrated with numerous black and white and colour plates, it makes full use of the exceptional range and quality of the antiquarian material available for study, including drawings, photographs, and plaster casts. Contributors: Robin Griffith-Jones, Virginia Jansen, Philip Lankester, Helen Nicholson, David Park, Rosemary Sweet, William Whyte, Christopher Wilson. Robin Griffith-Jones is Master of the Temple at the Temple Church; David Park is a Professor at the Courtauld Institute of Art.
Läsglädje för alla, varje dag