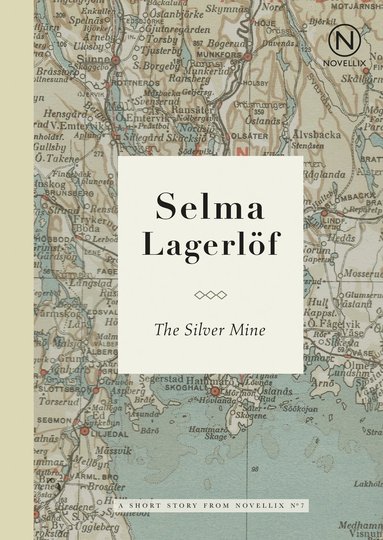 "Good day!" said Per Persson. "Do you come from Falun now?"
"I do," said the parson. "And now I must tell you that it has turned out even better than we had imagined. The mineralogist said it was silver ore that we had found."
That instant Per Persson looked as though the ground under him had opened! "What are you saying, what are you saying? Is it silver?"

Selma Lagerlöf (b. 1858 in Mårbacka, Sunne, d. 1940) was a Swedish author, who in 1909, became the first woman to receive the Nobel Prize in Literature.
In 1891, the novel The Saga of Gösta Berling was first published. This pioneering work established a new romantic way of writing, and favoured fantasy and beauty above the strand of realism that dominated literature at this time, with writers such as August Strindberg leading the way in this field.
Lagerlöf's work has been translated into more than fifty languages and adapted into plays, opera and film. For instance, the famous silent movies The Phantom Carriage (1921) and Gösta Berling's Saga (1924), starring Greta Garbo, are both based on her work.

The Silver Mine is one of four books with short stories by Sweden's most beloved authors: Astrid Lindgren, August Strindberg, Selma Lagerlöf and Stig Dagerman. A quartet of classic Swedish literature!