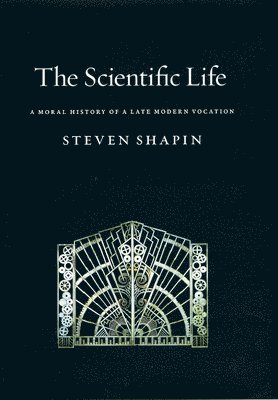 The Scientific Life: A Moral History of a Late Modern Vocation

Who are scientists? What kind of people are they? What capacities and virtues are thought to stand behind their considerable authority? "The Scientific Life" is historian Steven Shapin's story about who scientists are, who we think they are, and why our sensibilities about such things matter. From the early twentieth-century origins of corporate research laboratories to the high-flying scientific entrepreneurship of the present, Shapin argues that the radical uncertainties of much contemporary science have made personal virtues" more" central to its practice than ever before, and he also reveals how radically novel aspects of late modern science have unexpectedly deep historical roots. His elegantly conceived history of the scientific career and character ultimately encourages us to reconsider the very nature of the technical and moral worlds in which we now live. "Remarkably rich in detail and revelation. . . . Shapin may not be doing a conventional history of the 'scientific life, ' but what he has done is both novel and provocative."--"New York"" Review of Books" " A] thought-provoking challenge to the assumptions of scientific objectivity by science's practitioners and an acknowledgment of just how important the morality of scientists may be in the advancement and authority of knowledge."--"Library Journal"
""The Scientific Life" provokes us to discard worn-out understandings that science outside universities is necessarily aberrant. . . . The book succeeds masterfully."--"Science "
"A stunning antidote to the naive portraits of how science is or should be done."--"Choice"
." . . . Required reading for all scientists and those studying the social activity of science."--"Nature "
Läsglädje för alla, varje dag