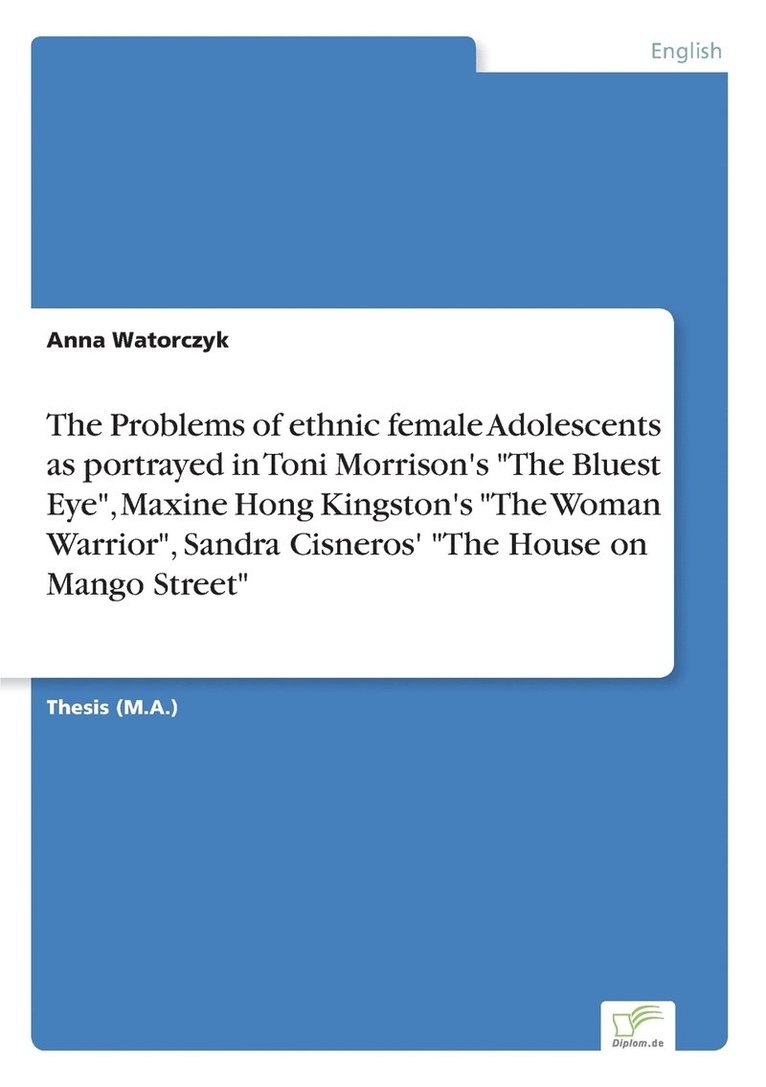 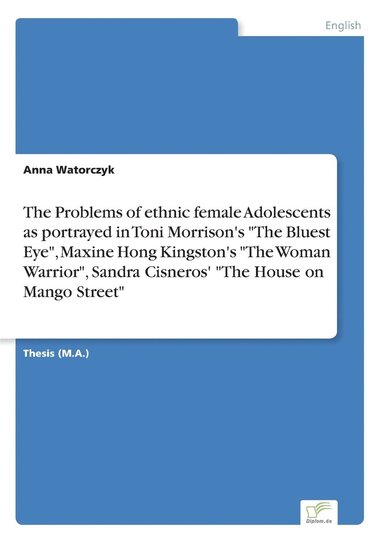 Inhaltsangabe:Abstract: African-American, Chinese-American and Mexican-American female adolescents are representatives of minority groups in the United States. The three groups of ethnic girls were assigned derogative stereotypes by many Euro-American writers who did not portray their characters authentically. The modern female ethnic authors undertake the battle with stereotypes that are the main source of girls¿ problems. They attempt to convince the reader that the lives of young girls cannot be interpreted according to offending images imposed on them. This thesis aims to draw attention to the problems encountered by female ethnic adolescents in Toni Morrison¿s The Bluest Eye (1970), Maxine Hong Kingston¿s The Woman Warrior (1976), Sandra Cisneros¿ The House on Mango Street (1984) and to portray their survival or collapse in American society. Each of the books presented in the present study is a masterpiece of great literary value. Toni Morrison was awarded the Nobel Prize for literature in 1993. Sandra Cisneros was the winner of the 1985 Before Columbus American Book Award. Maxine Kingston won the National Book Critics Award with The Woman Warrior, which was designated as non-fiction in 1976. All of these books contribute significantly to the study of ethnic female adolescents. The books chosen for the purpose of this thesis portray girls in an adolescent period. The adolescents presented in this study are aged between ten and twenty-one and are socially, economically and politically dependent on their parents or guardians. To further complicate matters, the experiences of girls of colour are more complex than those encountered by white adolescents. As the typical conflicts within the family, problems with gender, sexual development, education and friends are juxtaposed with issues of racism and very often a lower social status. In the light of these facts it does not come as a surprise that many ethnic adolescent girls have problems finding their ¿self¿. The first section of the initial chapter of this thesis takes into consideration the stereotypical image of Euro-American adolescent girl as it often serves as a contradiction of the popular images of ethnic girls. Furthermore, the chapter examines stereotypes of African-American, Chinese-American and Mexican-American adolescents. Despite their variety, the stereotypes are the cause of girls¿ victimisation in society. The five following chapters analyse the problems more often [...]
Läsglädje för alla, varje dag