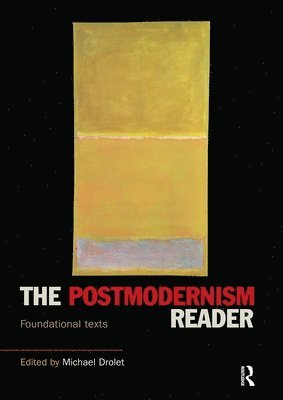 Michael Drolet's authoritative introductory essay and his careful selection of texts provide a solid basis for the study of postmodernism by uncovering the philosophical origins of present theories and focusing on their major aspects; guiding the reader through the maze of knowledge that we call postmodernism.

Arranged into three parts, the essays cover the origins of the term postmodernism, its evolution and its political ramifications. Included are writings by Foucault, Derrida, Deleuze, Baudrillard, Lyotard, Bauman, Jameson, Berman and Irigaray.