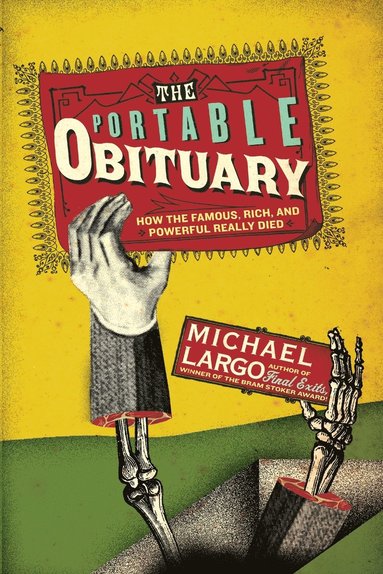 The Portable Obituary: How the Famous, Rich, And Powerful Really Died

No matter what your station in society, everybody has to go sometime. Even the wealthy, powerful, and world-renowned must ultimately meet their Maker--though some have departed this life more ignobly than they might have wished. From Mozart to rock and roll, which performers ended their lives on the wrong note?What famous U.S. bridge is named after an explorer who was eaten by cannibals?Everyone wants to hit the lottery, but does Lady Luck visit winners with deadly fangs?Plus: Learn the real fate of Gilligan's Island castaways and all your favorite TV actors as well as famous writers, senators, saints, dictators, and philosophers, among many others.Michael Largo, the man who illuminated readers on the myriad ways of death in Final Exits, has compiled a fascinating, off-beat, and darkly humorous necrology that provides the grim, often outrageous details about the passing of influential persons. Meticulously researched--employing archaeological records, published obituaries, official documents, and forensic evidence--this authoritative, one-of-a-kind reference presents the unabashed truth about a multitude of celebrity deaths, while examining the various deeds, misdeeds, and lifestyle quirks that hastened the demise and determined the departed's role in history and popular myth. The Portable Obituary has the skinny on what made our late icons--whether through overindulgence or neglect: on the john, in the sack, or in some spectacular accident--what they are today: dead!
Läsglädje för alla, varje dag