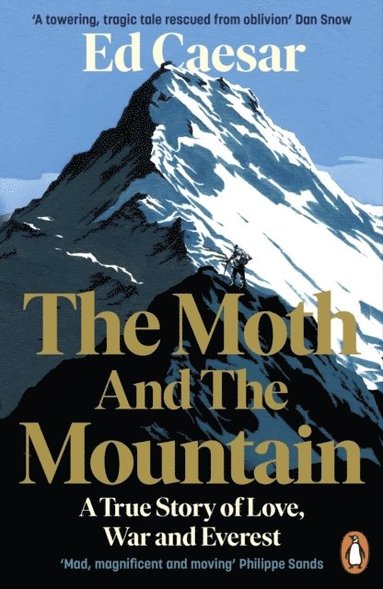 The Moth and the Mountain: A True Story of Love, War and Everest

'One of the best books ever written about the early attempts to conquer Everest. A fine, fine slice of history by a truly special writer who proves time and time again that he is among the best of his generation' Dan Jones, author of The Plantagenets'A small classic of the biographer's art' Sunday TimesThe untold story of Britain's most mysterious mountaineering legend - Maurice Wilson - and his heroic attempt to climb Everest. Alone.

In the 1930s, as official government expeditions set their sights on conquering Everest, a little-known World War I veteran named Maurice Wilson conceived his own crazy, beautiful plan: he would fly a Gipsy Moth aeroplane from England to Everest, crash land on its lower slopes, then become the first person to reach its summit - all utterly alone. Wilson didn't know how to climb. He barely knew how to fly.

But he had pluck, daring and a vision - he wanted to be the first man to stand on top of the world. Maurice Wilson is a man written out of the history books - dismissed as an eccentric and a charlatan by many, but held in the highest regard by world class mountaineers such as Reinhold Messner. The Moth and the Mountain restores him to his rightful place in the annals of Everest and in doing so attempts to answer that perennial question - why do we climb mountains?'A towering, tragic tale rescued from oblivion by Ed Caesar's magnificent writing' Dan Snow'This bonkers ripping yarn of derring-don't is a hell of a ride' The Times'It's hard to imagine a finer tribute to one of Everest's forgotten heroes' Elizabeth Day