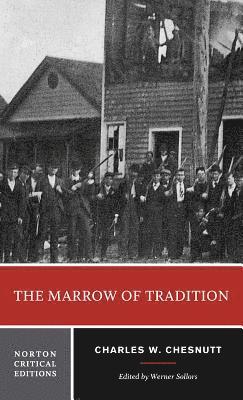 The Marrow of Tradition

149:-
A party of Northern visitors had been staying for several days at the St. James Hotel. The gentlemen of the party were concerned in a projected cotton mill, while the ladies were much interested in the study of social conditions, and especially in the negro problem. As soon as their desire for information became known, they were taken courteously under the wing of prominent citizens and their wives, who gave them, at elaborate luncheons, the Southern white man's views of the negro, sighing sentimentally over the disappearance of the good old negro of before the war, and gravely deploring the degeneracy of his descendants.
Att läsa är att resa