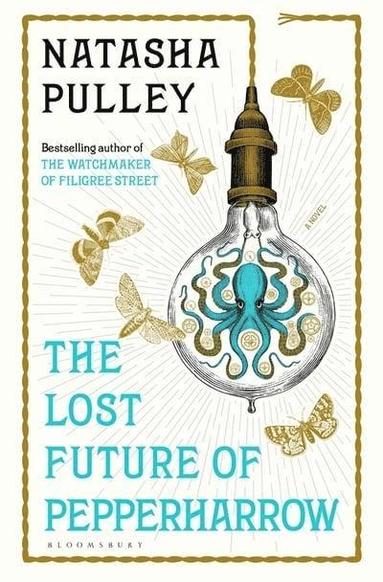 The Lost Future of Pepperharrow

Strange things are happening in Tokyo. As war with Russia looms, the city is plagued by strange electricity storms, while the staff at the British Legation have gone on strike, claiming that the building is haunted. Thaniel Steepleton is sent over from London to act as interpreter, bringing with him his partner, Keita Mori the watchmaker, their adopted daughter, Six, and Mori's clockwork octopus, Katsu. Thaniel is dazzled by life in Tokyo, but he feels increasingly out of his depth - especially when he meets Takiko Pepperharrow, and learns of her connection to Mori. But then Mori disappears, and Thaniel and Takiko's paths diverge as they desperately try to find him. As their searches lead them to snow-steeped prisons and mountainside shrines, Thaniel is faced with the terrifying revelation that Mori's powers are no longer enough to save them - and that the watchmaker's time may have run out.
Läsglädje för alla, varje dag