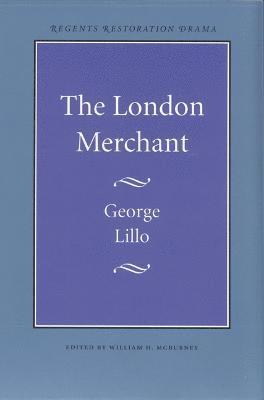 Mrs. Millwood is beautiful, intelligent, and ambitious, but London gives her no means of support except to seduce men. Love for her leads eighteen-year-old Barnwell to deceit, theft, and murder.

"What are your laws," Mrs. Millwood asks, "but the fool's wisdom and the coward's valor, the instrument and screen of all your villainies by which you punish in others what you act out yourselves, had you been in their circumstances? The judge who condemns the poor man for being a thief had been a thief himself, had he been poor. Thus you go on deceiving and being deceived, harassing, plaguing, and destroying one another, but women are your universal prey."

First performed in 1731, "The London Merchant" became on of the most popular plays of the century. A chronicler of the age, Theophilus Cibber called it "almost a new species of tragedy."