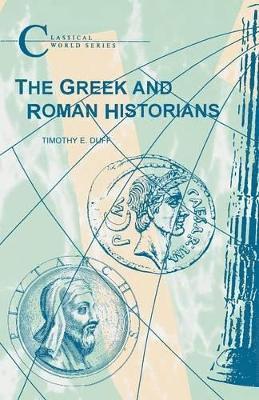 The Greek and Roman Historians

What did 'history' mean to the Greeks and the Romans? This volume traces the development of conceptions of history and its practice from Homer to the writers of the Roman Empire. It serves as an introduction to the great historians of the ancient world and contains sections on Herodotus, Thucydides, Xenophon, Polybius, Livy, Tacitus, Suetonius and others. Each section is designed to be self-contained and may be read on its own; but links between the different historians, the ways in which they competed with and were influenced by one another, are constantly brought out. The main ancient historians are household names but Duff stresses not only the ways in which they seem familiar but also those in which they are alien to today's readers; for the ancient historian was always concerned with improving the reader as much as informing him. As well as the most familiar names, Duff also includes in his account others whose work survives only in fragments, especially Greeks of the fourth century B.C. and the Hellenistic era, whose entire works were known to their Roman successors.
Läsglädje för alla, varje dag