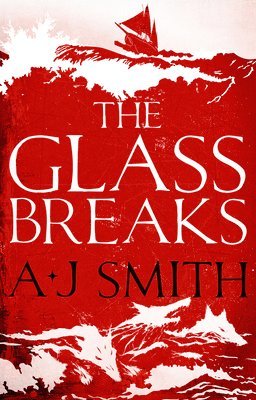 'Convincing action sequences, vivid world-building and fascinating magic. Best described as George RR Martin meets HP Lovecraft, The Glass Breaks is a fine example of British fantasy writing at its most entertaining' Guardian. Seventeen-year-old Duncan Greenfire is alive. Three hours ago, he was chained to the rocks and submerged as the incoming tide washed over his head. Now the waters are receding and Duncan's continued survival has completed his initiation as a Sea Wolf. It is the 167th year of the Dark Age. The Sea Wolves and their Eastron kin can break the glass and step into the void, slipping from the real world and reappearing wherever they wish. Wielding their power, they conquered the native Pure Ones and established their own Kingdom. The Sea Wolves glory in piracy and slaughter. Their rule is absolute, but young Duncan Greenfire and duellist Adeline Brand will discover a conspiracy to end their dominion, a conspiracy to shatter the glass that separates the worlds of Form and Void and unleash a primeval chaos across the world. 'Epic fantasy at its scary, fun, sarcastic, shock-laden best' THE BOOKBAG.
Att läsa är att resa