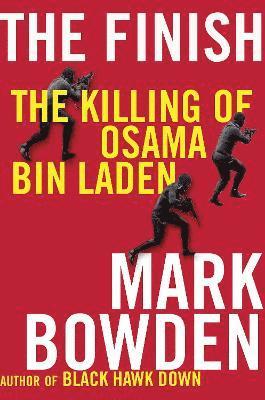 "There wasn't a meeting when someone didn't mention Black Hawk Down ." - A senior Obama administration official, as quoted in The New York Times, 02/05/2011 From Mark Bowden, internationally bestselling and acclaimed author of Black Hawk Down and the preeminent chronicler of the actions of the US military and special forces writing today, comes an intensely gripping account of the hunt for and elimination of Osama bin Laden. With unprecedented access to key sources and his great gift for storytelling, Bowden takes us inside the rooms where decisions were made and where the action unfolded. The story focuses on bin Laden, who maintained a steady stream of despairing correspondence in hiding in the year before his death, and on President Obama, perceived by many as an anti-war candidate because of his opposition to the Iraq War, whose evolving views and enormous responsibilities have turned him into one of the most determined warriors to ever inhabit the White House. It details the rapid evolution of war-fighting methods over the last decade, as American special forces and intelligence agencies have adapted to fight non-state enemies like Al-Qaeda, and how they came together seamlessly in May 2011 to kill the world's most notorious terrorist. Tracing the operation in blow-by-blow detail, Bowden's book is an unrivaled account of the most high-profile special forces operation ever to have been undertaken, and a page-turning narrative of how the man behind 9/11 was finally brought to justice.
Läsglädje för alla, varje dag