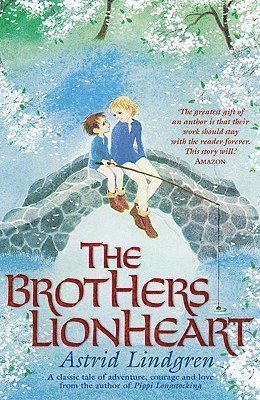 There's no one Karl Lion loves more than his older brother, Jonathan, who is brave, strong, and handsome - everything Karl believes he is not. Karl never wants to be parted from him. But Karl is sick, and knows he's going to die. To comfort him, Jonathan tells him stories of Nangiyala, the wonderful place he'll be going to when he dies, and where he will wait until Jonathan is ready to join him there. Then the unthinkable happens ...Jonathan is killed in an accident. Heartbroken, Karl longs for the day he'll be reunited with his brother. When the time comes, he finds Nangiyala just as wonderful as he'd imagined. However, Nangiyala is under threat. A cruel tyrant is determined to claim it as his own, and at his command is a terrible beast that is feared throughout the land. Karl must summon all of his courage to help his brother prepare for the battle that lies ahead.
Läsglädje för alla, varje dag